What is the Secret Weapon for Political Advertising in 2020?

What is Addressable Geo Fencing?

So here is how it works, we will upload a list of street addresses of registered voters that you provide into our platform.

Those households are automatically converted to Geo Fences based on plat lines.

We can then deliver Targeted Digital Ads via Display, Video, or OTT.

The match rate exceeds 92+ percent with an average of 3.5 cross-matched devices per address. 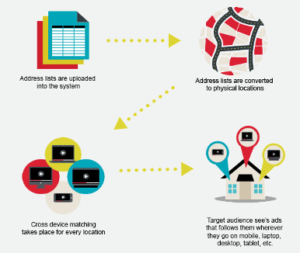 •Addressable Geo Fencing will cost a fraction of what radio, television, and newspaper advertisements do.

•In fact, with up to 80% of traditional media failing to reach your target market of registered voters in your district, consider how effective it will be to get the right message in front of the right audience at the right time. 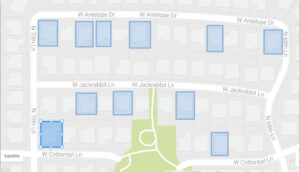 When your Digital ads match your direct mail piece, it drives your message home and creates synergy between the two channels.

Getting your message out to potential voters is only the first part of any Addressable Geo Fencing Campaign.

The second half is tracking how many people respond to your ad.

On election day, we will add conversion zones around polling locations within your district.

This will track the number of those who were delivered an ad and then visited one of the polling locations on Election Day, helping to gauge the impact that the Addressable Geo Fencing campaign had on voter turnout.

Here is a Case Study on how Addressable Geo Fencing literally won an election for a local Circuit Court Judge.

Interested in using the powerful secret weapon in the General Elections this Fall?